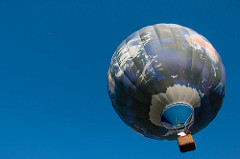 Thirty five years ago on a Tuesday morning, I sat listening to my counselor as he described a particular person in his life who was a challenge.  As he worked his way down to his deepest feelings about the man, he called him “a total ashhole.”  My counselor was my pastor and he worked hard at avoiding vulgarities at any cost;  but of course, I  thought “asshole” anyway.  I’m sharing this to let you know that the nature of the topic requires some occasional use of  a few swear words that I will not attempt to refine to soften the blow.  I don’t mean to be disrespectful towards anyone and I apologize to those who might be offended.

Within the last couple of weeks, I followed a series of comments and responses on Facebook regarding the conflict over the removing of confederate monuments and statues.  One comment included the phrase, “It’s all a giant shit storm.” Another was, “What a bunch of BS.”  Someone who was attempting to mediate the two sides suggested a fart joke to ease the tension.

A few days earlier, I was talking to someone and asked them how their job was going and he said, “Same old bullshit.”  I sat in McDonald’s a few days ago and listened to a group of people from the left and the right, debating some current political topics and I heard someone say, “It’s all a bunch of crap. It all stinks!”  There seems to be a common essence in all of this.

“Knowest not this of old, since man was placed upon earth, that the triumphing of the wicked is short and the joy of the hypocrite but for a moment and the pride of the self-righteous disappears like a vapor.   Though his excellency in thoughts and opinions mount up to the heavens and his hand reach up to the clouds;  yet he shall perish for ever like his own dung and those that have been impressed with the fragrance of his opinions, shall say, “Where did he go?  He shall fly away as if it was all a dream.”

I remember a married couple who needed some help with their relationship and after a few weeks, it seemed prudent to see them separately for sessions.  They had been referred to me by a local church and their countenance and manners were indicative of being respectful and God-fearing people (as they say).  They were dignified and careful with their language and their emotions as it related to the relationship;  but I could tell that something was boiling up in both of them and they were working hard in keeping it on simmer.

I let them decide who would come first and the wife immediately volunteered.  Midway through the session, as she 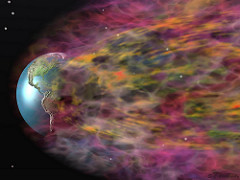 warmed up (so to speak) and she worked her way deeper into the bowels of her feelings, tears began to flow.  She was apologetic for putting me through, what she called, a spectacle with her emotions and I reassured her that it was okay.  A few moments later, the pain she was feeling moved to the back seat and now anger was driving her thoughts and feelings.   .   .and her words.  “What a shit-head.   .   . he acts like a total asshole.”  Her passion became more heated and she lost all control of what had been stored up in her gut.  It was a constipation that was affecting her mentally, physically and spiritually.  At the end of the session she expressed a relief in finally getting it out and feeling free of it.  Prolonged labor finally giving birth to the hellish wrath built up in her bowels.   .   .and it floated up into the sky like a hot air balloon.

“Like as a woman with child, that draws near to the time of her delivery is in pain and cries out in her pangs, so have WE been in Thy sight, O Lord.  We have been with child;  we have been in pain;  we have as it were, brought forth wind (breath, a tempest, smell).  We have not wrought any deliverance in the earth.”

It is a flatulence that comes forth in the form of intellectual thoughts, strong opinions, righteous causes and indignation, religious principles, passionate allegiances, energized with emotion from the bowels of the human heart.  The motives are sincere and genuine, but there is a blindness as to their origin from within.  They are fart blossoms to some and stink bombs to others;  and the wind blows the smell beyond the earth’s atmosphere and reaches the face of God.

“I have spread out my hands all day to a rebellious people who walk and talk in a way that was not good, loving the scent of their own thoughts and actions.  They are a people who continually provoke Me to anger.  They sacrifice in the gardens of their own making and burn incense on useless bricks.  They remain among the graves of the dead and they bring forth wind that is a stench in My nose, a fire that continually burns all day and night.”

There are grins that eat it, there are loads of it, there are lists of it, there’s a creek named after it,  there are crocks full of it, it always seems to happen, some people try to get theirs together, sometimes it’s a little one and sometimes you lose your’s.  Throughout my whole life, my decisions have resulted in it hitting the fan and it leaves you up this creek without a paddle.  I shudder at the thought of the methane contributions I’ve made to people who have lived in my personal space and the toxic influence it’s had on them.  Please forgive me Lord.

“He raises up the poor out of the dust and ashes and from their thoughts and works that bring no deliverance, only wind.  He lifts up the beggar (a man destitute of pride and self-righteousness) from the dunghill, the source from which all of his thoughts and actions originated.  He sets them among princes and He makes them inherit the Kingdom of God, His Son.  They become the pillars of the earth and He sets the whole world upon them.” 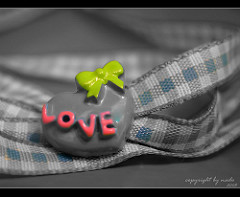 It is said by God Himself, that his children walk and talk in a continuous, triumphal procession and as instruments of His Love, as branches on His Vine, they bring forth Fruit for others.   .   .and they spread everywhere the fragrance of the knowledge of Him.  It is a sweet savor of Life to those who are seeking Life;  those tired and weary beggars yearning for the scent of the Lily of the Valley and the Rose of Sharon.  Jesus.

“Lord, You will ordain peace for us;  for You have also wrought all our works (our words and actions) in us, and through us, and for us.  And as the beloved of God, we put on bowels of mercies, kindness, humbleness of mind, meekness, longsuffering;  forbearing one another and forgiving one another.  If any man has a quarrel against another, forgive him as God has forgiven you.  And above all these things put on Love, which is the bond of Perfectness.   .   .which is the Fragrance of Heaven.”

I am a father to three wonderful children, a grandfather to two precious granddaughters and a friend to those in need. I have been a marriage and family counselor for twenty-eight years, schooled by my own personal experiences with alcoholism, drug addiction, depression, divorce and failure at every level of human existence. I am a lamb of God's flock, lost for the first 35 years of my life, but found by the Savior of my soul. . .and carried on the wings of His Love every day since then. My sweetest moments in life are with others who are poor and needy, broken and contrite, lost and undone and needful of the Help that only God Possesses. I Love Him because He first Loved me. View more posts